The Not So Great team’s objective is to create charming videogames that have characters that you can actually relate to and situations that will either put a smile on your face or make you shed a tear or two. You’ll just break away and have a good time.


We are a very small team. Therefore, our resources are limited. However, that doesn’t stop us from giving everything we’ve got and try to make our crazy ideas a reality.


The team was formed during the summer of 2018, after Jose Luís Tur left his job so that he could dedicate himself to achieve his dream of making videogames. He asked Marika Takeuchi, a talented Japanese compositor who is living in the US, to be part of the project in which he was working on. On September of 2018 the team was also joined by Arantxa Cardona, a young programmer. The team’s first game is Aurora's Journey and the Pitiful Lackey, which is currently under development. 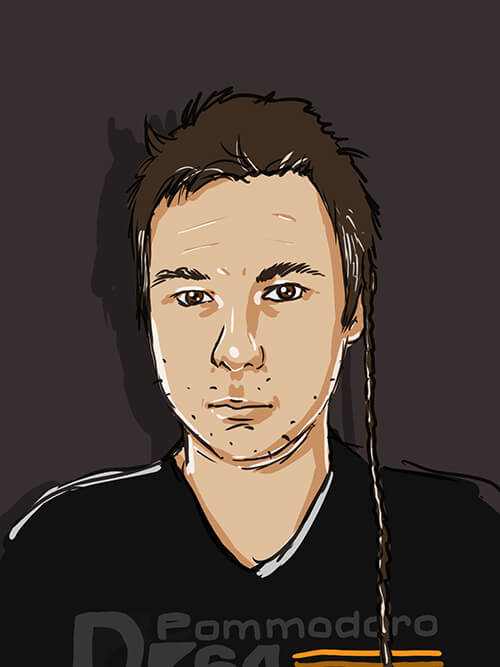 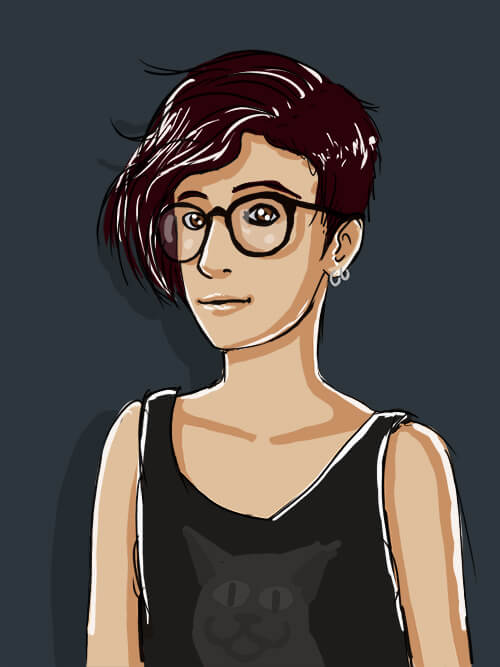 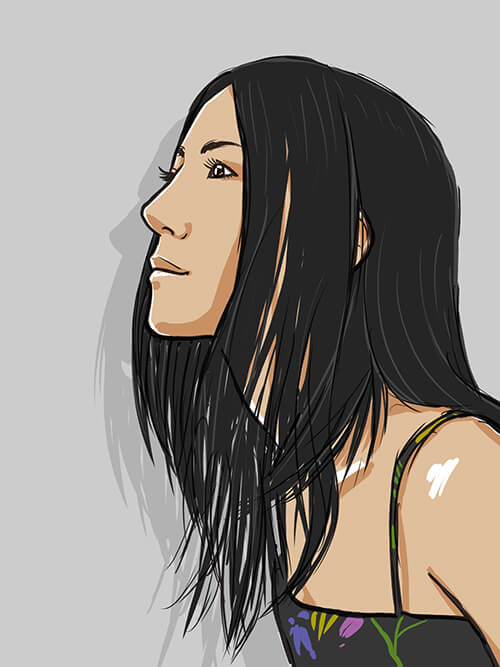 Jose Luis Tur Tur was born in Ibiza, Spain, in 1983. He developed and interest in videogames at an early age, when he was introduced to them thanks to a Commodore 64 that his father had. When he was 10, he had already decided that he wanted to dedicate his life to create videogames, although that dream took many years to finally come true. Until then, he had worked as a videogame analyst for different online media, as well as an illustrator and as a photographer, among other jobs. During those years, he did some courses about 3D animation, videogame programming, and designing and programming in Unreal Engine 4. In 2018, he decided to quit his job as a photographer in order to fully dedicate himself to work on his first game: Aurora's Journey and the Pitiful Lackey, in which he works as a director, screenwriter, character and stage designer, 3D modeler, animator, level designer, and programmer, among others.

Arantxa Cardona Jiménez was born in Menorca, Spain, in 1995, and her videogame hobby started because of a Game Boy Color and the game Pokémon Blue. When she was a child, she had never considered to dedicate herself to making videogames, although she enjoyed them quite a lot. But during her adolescence, after a time of indecision and self-discovery, she decided to leave her arts studies in order to study computer science and specialize in programming. In mid-2018, after finishing her studies and while she was searching for a job, she was offered the chance to learn Unreal Engine 4 and join the team. She is currently the programmer of Aurora's Journey and the Pitiful Lackey.

Marika Takeuchi was born in Kawasaki, Japan, in 1987. She started studying classical piano when she was 3 years old, and she also learned to play the violin and the French horn during her childhood. After studying at the SHOBI Collegue of Music in Tokyo, in 2009, she moved to Boston, in the United States, in order to enter the prestigious Berklee College of Music where she studied Film Scoring. After publishing five albums and working for various short films, for the television and for other media, she now lives in Los Angeles, from where she continues to develop her career as a composer. She joined The Not So Great team in mid-2018 as the game music’s composer.

Aurora's Journey and the Pitiful Lackey is set in 1927. Aurora Aylesworth, a young 19-year-old astronomer sets out on a journey in order to find his father’s whereabouts. His father disappeared four years ago, while he was investigating the remains of a spaceship that fell on the Earth in 1908: Eureka. Yet Aurora will not be alone on her journey: she will be counting on the help of her faithful lackey, as well as her friends and other people that you will meet during her travels. She will, however, need to face the dangerous Brainless because, for some reason, it looks like they want to prevent Aurora from accomplishing her goal.

During the game we will control Aurora while she travels throughout different regions. She will be collecting clues about his father: William. The Brainless, robots without conscience nor intelligence that raised from the remains of Eureka, will try to stop Aurora from accomplishing her goal. But she will be able to face them with the Copernicus, a custom-made revolver made by parts of an old telescope and created by a mad scientist named Rachmaninoff.

And even though finding her father is her main goal, that doesn't provide her any money to survive. So, in order to get some income, she can do different jobs as an astronomer, as a story-writer or even as a babysitter for little rascals.
The money she will earn will be very useful in order to get new inventions from Rachmaninoff that can help her during her travels.

We are developing the game for PC using Unreal Engine 4, although depending on how the development goes, we might be able to develop it on more platforms as well. 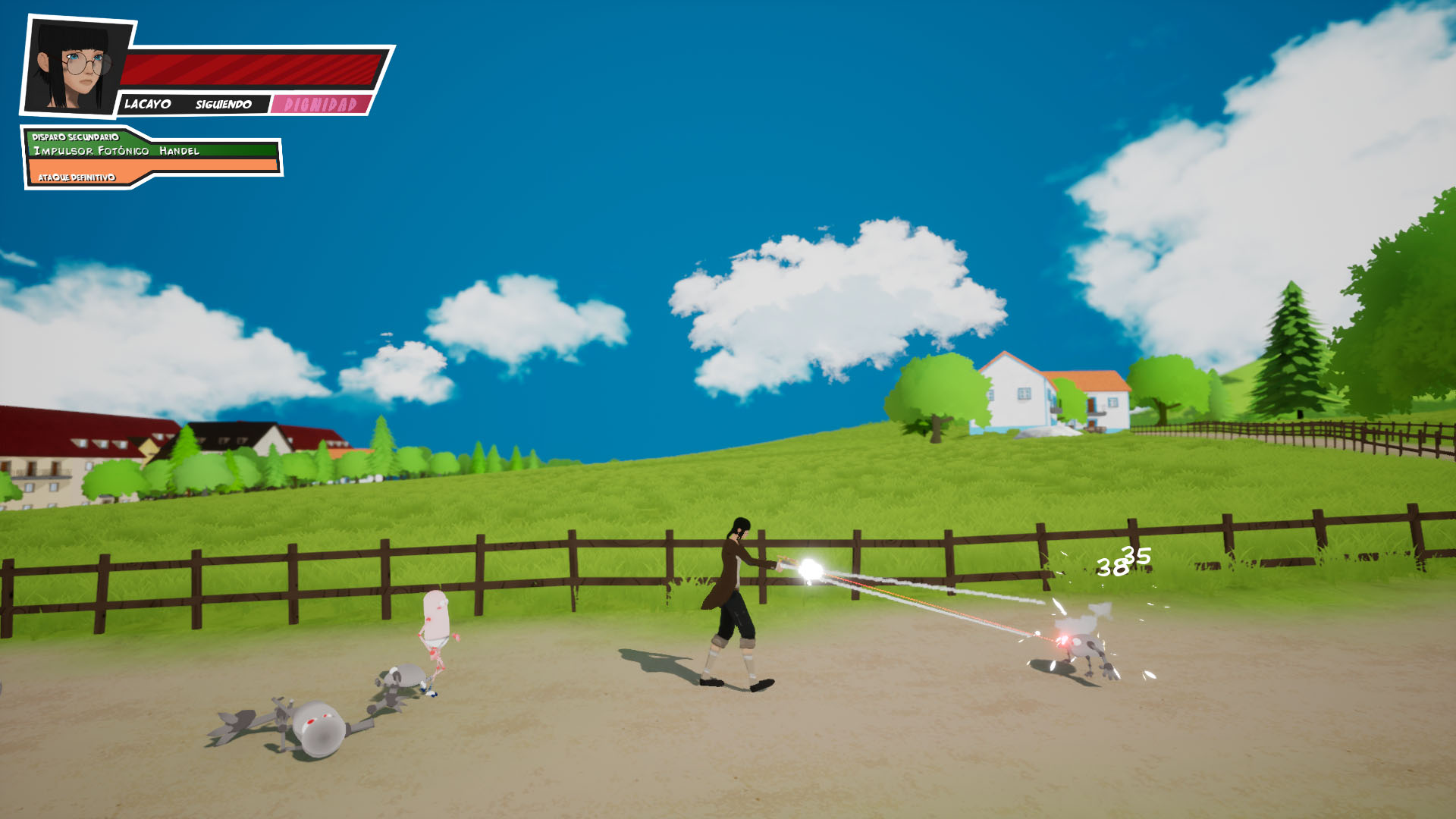 Take on the Brainless with the help of her faithful lackey and Copernicus, your own revolver. 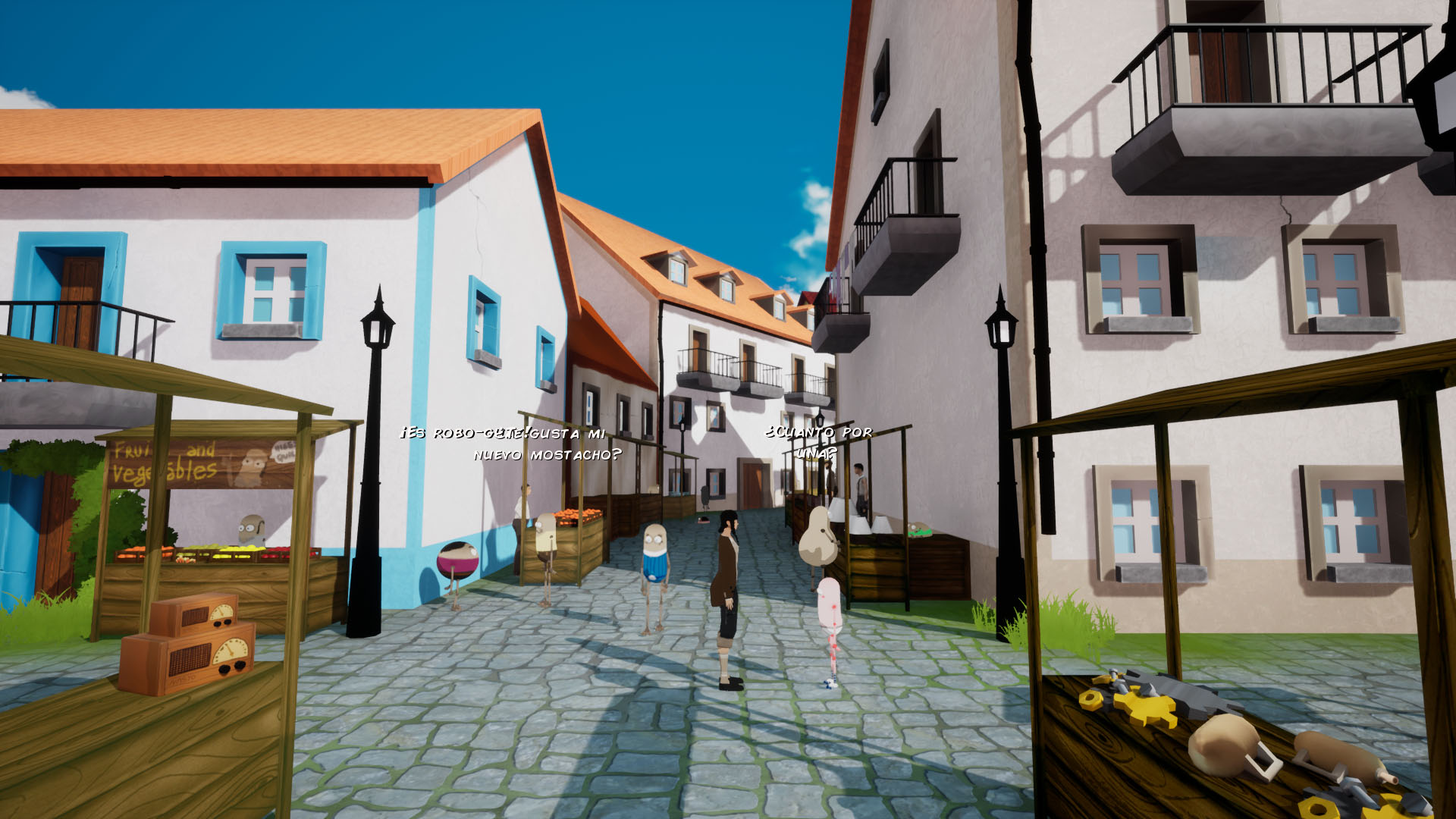 Travel throughout a world full of unique characters, both friendly and hostile. 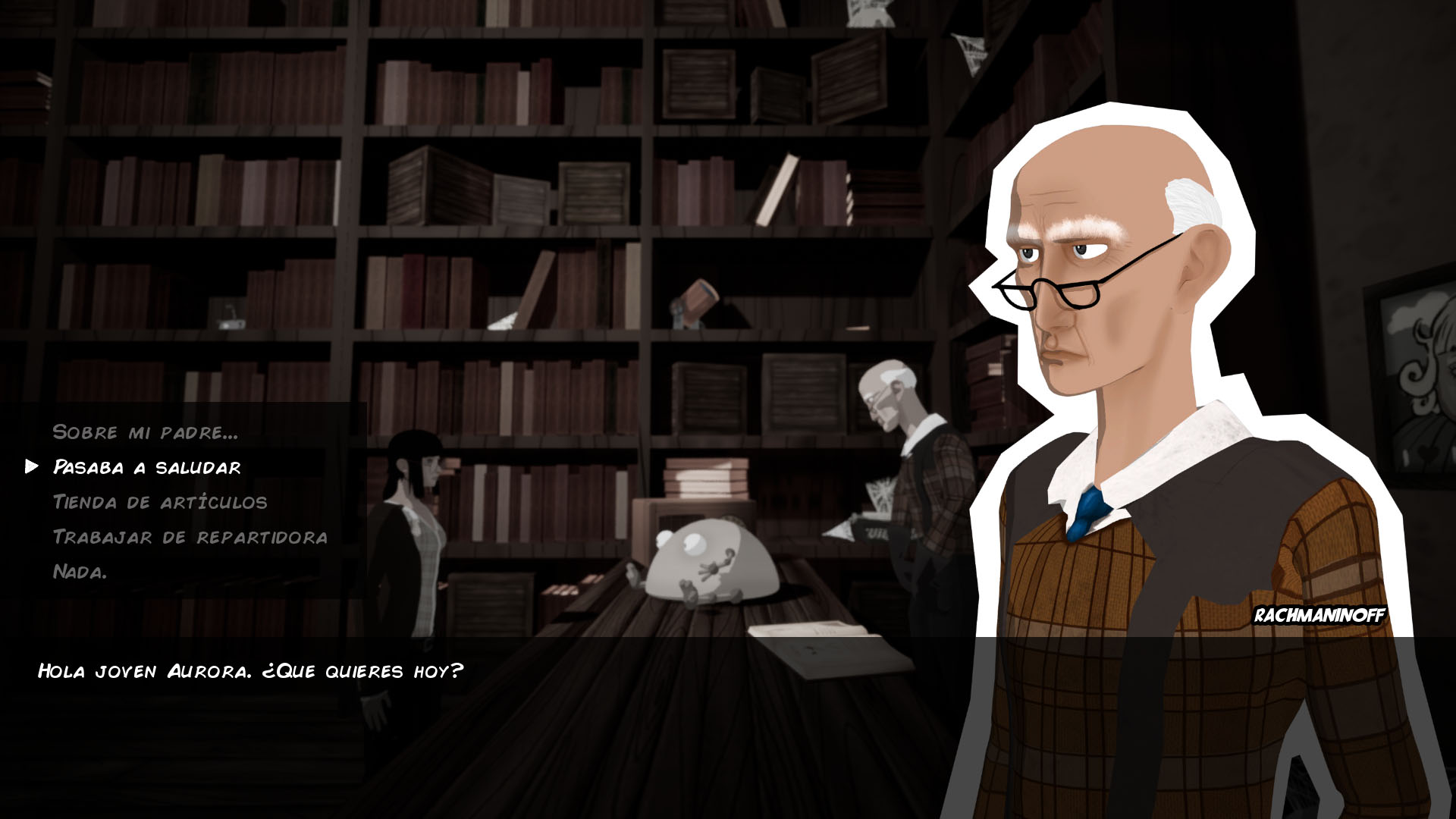 Rachmaninoff can help you improving your revolver or inventing new stuff for you. 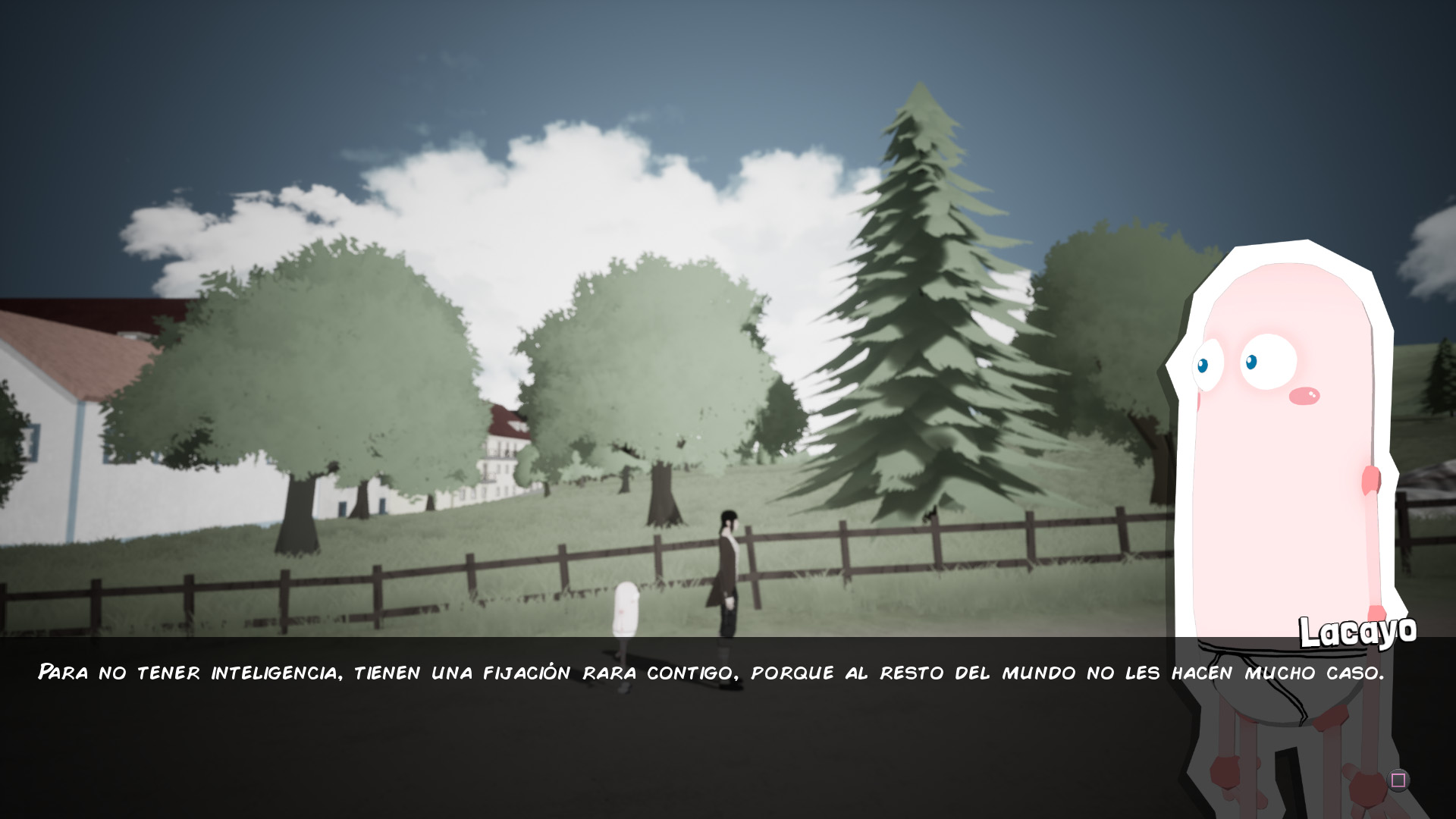 Talk to the characters to learn more about them and to develop the main story. 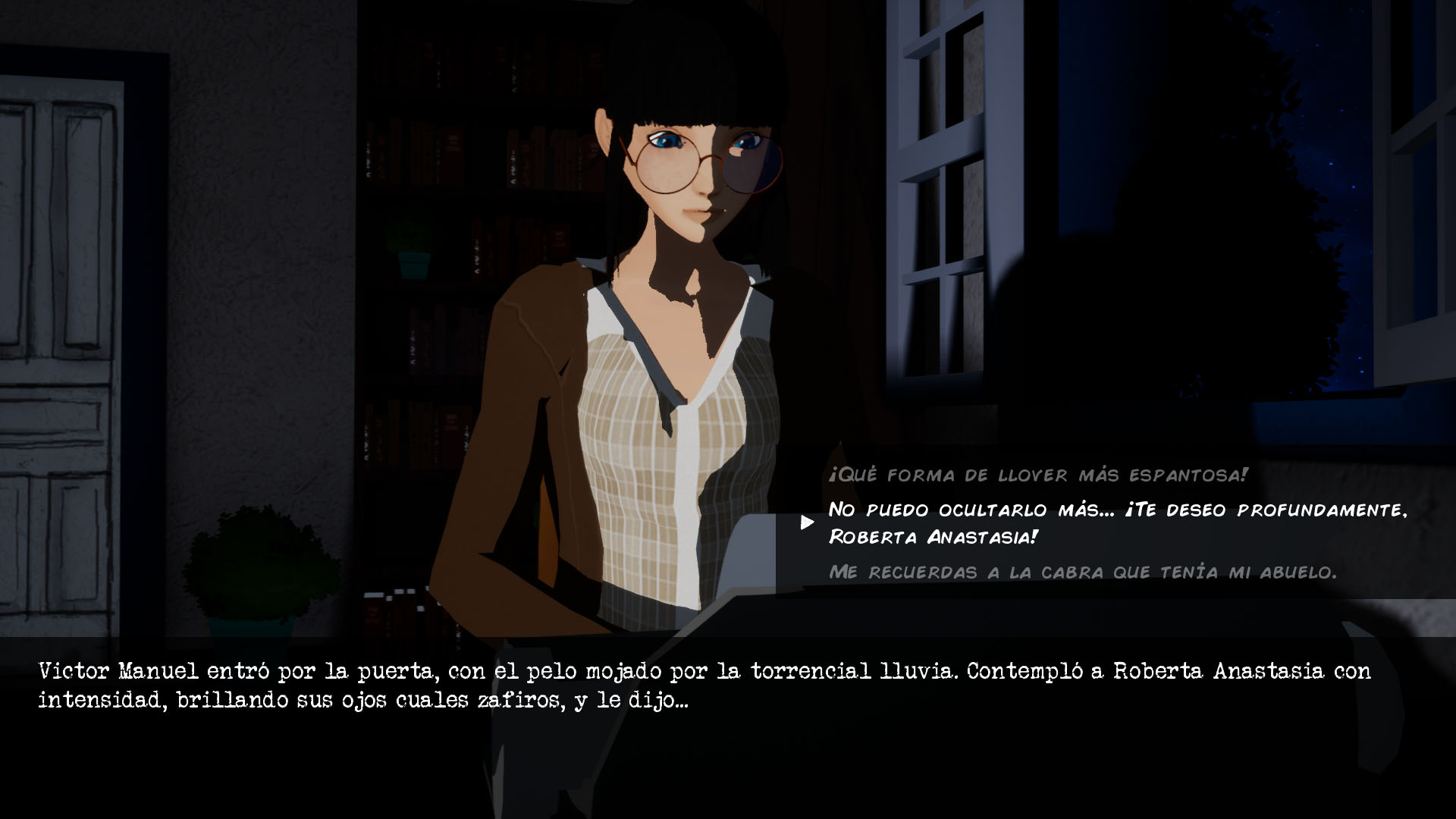 Help Aurora save money for her travels by doing different jobs and completing the mini-games. 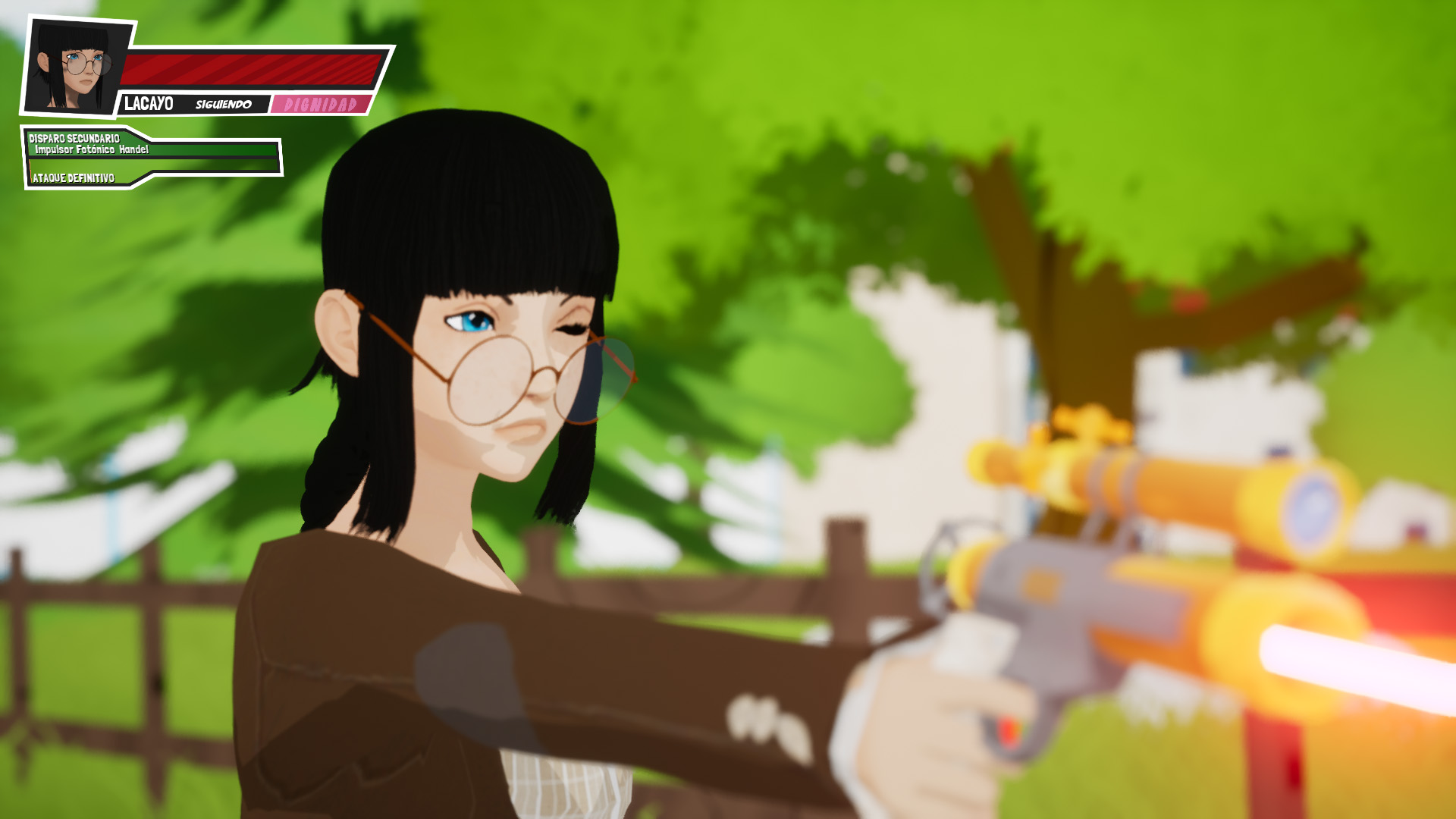 Check our FAQ section to answer the most common questions.

When will the game be released and for which platforms?

For now, there is no estimated release date, as we still have a lot of work ahead. We are developing the game exclusively for PC, but nothing has been determined yet and other platforms could be added in the future.

How is the project financed?

Up until now it has been a self-financed project, but after a year and a half we do need external funding sources in order to be able to continue the game’s development.

Why Patreon and not Kickstarter, Fig, or other similar options?

First of all, we actually do not rule out a future campaign in Kickstarter, Fig or another similar crowdfunding platform, but for the moment we think that the best way to help the project is using Patreon. Why, do you ask? Because there are still many things undecided that we would like to be able to work on with the support of the collaborators, and honestly, being a small team as we are, we cannot advance in development at the pace that a medium or large study can. That is why, at an early stage like the one we are in right now, we considered that Patreon is the best option for us.

With which engine is the game being developed?

We're working with Unreal Engine 4. It's an extremely flexible engine, very comfortable to use, so even a small team like ours can advance at a steady pace.

Are the current graphics going to be definitive?

No, everything we have so far is provisional, so probably the game’s graphics will improve over time. The artistic direction, however, will remain as it is now. We believe that, in our current situation and with our limited resources, it's better to display interesting graphics, but to keep them technically simple.

Will the team get bigger?

Although it's a sad thing to say, it's all about the money. Right now, our priority is to be able to raise money so that the current team can continue to work on the game and make of it something that we can live out of. If we reach that goal, and on top of that we make some money, depending on how development goes we might bring more people into the team.

In what online store will Aurora's Journey and the Pitiful Lackey be launched?

At the moment we have no idea in which store we will launch it (Steam, Epic Games Store, GoG, etc.). Our main objective for now is to be able to advance on the development of the game, and we'll consider which is the best option when the time comes, as all the stores have their advantages and disadvantages. The ideal situation would be to be able to launch it on every possible platform, but for now we’re not considering that idea.

What if you can't raise enough money to develop the game?

Then I'm afraid we'll have to cancel it. That is the last thing we would want to do, but we can't live off the air. We have to eat, we have to pay bills, and even if we lead a simple life without too many whims, we need a minimum of income to subsist.

Is there the possibility of associating with a publisher or something similar in order to get funding?

Right now, we are open to any possibility, as long as it benefits the game and its users. We don’t know, however, if an editor will be interested in the project in the first place.

We have funded this project by ourselves up until now. However, we have reached a point in which, without any help, we cannot continue the development of this game. In case you would like to help us so that we can continue to develop this game, you can join our Patreon to donate an amount of money every month.
You can see more information about the available payment choices and what you would get in return by clicking on the "Patreon" button.


You can also help us by donating the amount you want through paypal!

You can contact us through the mail or email below, or by filling in the form.